Home » Consumer Contracts » First Circuit: Uber Users Did Not Give Unambiguous Assent to Terms of Service

First Circuit: Uber Users Did Not Give Unambiguous Assent to Terms of Service

In the defining decision, Cullilane v. Uber Technologies, the First Circuit Court of Appeals reversed a district court’s grant of Uber Technologies’s motion to compel arbitration and dismiss the complaint of a putative class action brought by users of Uber’s ride-sharing service in the Boston area. At issue in the case was the enforceability of an online contract’s arbitration clause. This decision strongly reinforces the notion that online contract processes should be designed, and the information arranged, for consumers and with extreme attention to detail and a focus on clarity of meaning. 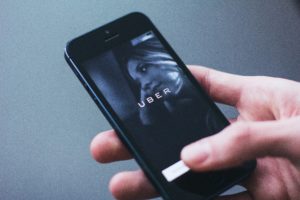 The First Circuit concluded that Uber’s mandatory arbitration clause found in an online contract was unenforceable. The complaint alleged that the mandatory clause violated a Massachusetts consumer-protection statute by knowingly imposing fictitious or inflated fees (including toll fees and surcharges). Uber moved to compel arbitration based on its terms and conditions (the agreement), which it argued contained an arbitration clause and was available to all Uber App users during the registration process. The District Court of Massachusetts granted the motion and dismissed the case.

However, the First Circuit then reversed, finding that the plaintiffs were not reasonably notified of the terms of the agreement and therefore did not unequivocally assent to those terms. The result being that Uber failed to carry its burden on its motion to compel arbitration. More explicitly, the terms of service, and the way they had been presented, were not clear enough for the users to be able to knowingly and unambiguously consent to the agreement.

Uber argued that that the notice regarding the terms of service was visible enough to make the plaintiffs fully aware of the agreement and therefore bind them to the terms of service, regardless if they had actually chosen not to review it. The court disagreed, arguing that there were a number of factors that combined to make the notice insufficient, including the “By creating an Uber account, you agree” language appearing in subdued or unremarkable font and text color, and the inclusion of other links and text frames that displaced the terms’ hyperlink to the bottom of the page, removing it from obvious view. 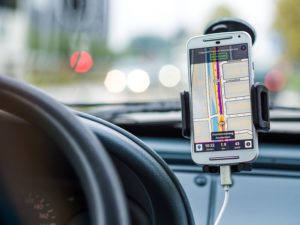 The outcome of this ruling suggests that businesses, especially those with a strong dependence on online commerce, should carefully consider how hyperlinks to terms of service are displayed on mobile applications. How information appears on a desktop platform is often entirely different than how that same information is formatted for app use. In an era of handheld information distribution, things as trivial as the size, type and color of fonts, as well as other factors such as the presence and presentation of combined text and images on the same webpage, become inherent to the success and, ultimately the security of being able to convince a court that the given notice was actually . . . noticeable.